The cultural briefs below describe some common cultural elements in each region, and can be used as a guide to creating your character or your warband. Contact with other cultures is rare, and it is likely that each settlement or warband has been isolated for decades or even centuries. As a result it is expected and encouraged for there to be regional variations, or even totally unique cultures.

All of the cultures have been affected by the ‘fall’ of civilisation and the ravages of the constant battle against the unholy. Warbands may defend old fortifications, hide in caves or be constantly on the move – the only common factor being that, no matter what, each warband has ultimately been fighting a losing battle.

Each culture has tales of the fall, and faces different threats from the forces of the unholy.  Adversaries range from the remnants of fallen war bands possessed or animated by evil spirits, creatures mutated by dark magics or seemingly demonic and alien in nature, to dark spirits and other creatures of shadow.  The only common factors are the relentless and merciless nature of the unholy forces.

The North – Clans of the Mountains 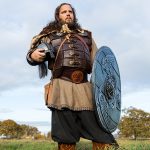 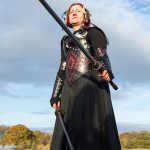 The North is characterised by cold weather and rugged mountainous landscapes, with permanent ice to the far north. As a result, people of the North tend to be a hardy folk, favouring furs and leathers as much as they favour iron or steel.

Visual iconography like tattoos and woad feature heavily in telling affiliation to clan as well as the story of the person.

Be strong, be famous, be the very best at what you do for the honour of the gods and your ancestors.

The East – Tribes of the Grass Sea 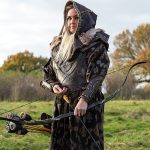 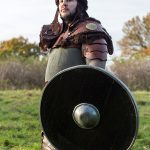 The Eastern lands are mostly wide grass lands and steppes. Tribes of the Eastern lands tend towards the nomadic – a constantly evolving and shifting lifestyle, centered on adaptability.

Their society often runs heavily on meritocracy, and leaders are often symbolic, or heads of families.

Be what you need to be today, and let tomorrow take care of itself.

The South – The Fallen Dominion 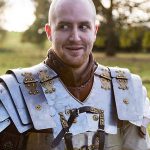 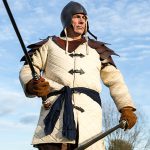 A warm yet temperate land – that once was covered in fertile farm land, large cities and well maintained roads, with an ocean to the South. Now the farmland has gone wild, and the cities are in ruins.

Remnants of the ancient autocracy exist in the warbands in the region, who often harbour aspirations to return order and civilisation to the world. Though the torment shattered the once great empire, obedience to the gods will restore it.

The West – The Kingdoms of Sand 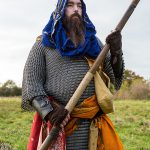 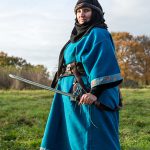 The West is extremely arid with several mountain ranges and stretches from the cold tundra of the north west to the scorching deserts in the south west, broken by rich areas around the numerous rivers and oases.

Considering themselves to be the last fragments of true civilisation, carefully hoarding luxuries against the darkness, warbands are often ruled over by noble families. The dominant culture is based on flowing compromise, where influence and hospitality is life.

Treat the stranger as you would wish to be treated, because you never know when you might need them as a friend.