These are the various warbands encountered so far, some are open for any to join, some are by invitation only and some cannot be joined by players.


Led by our wisest,represented by warrior poets and searching for Lugh,the lightbringer


The Jagdseelen are a tribe of hunters, distinguishable by their green woad and Jeton, personalised strips of fabric they wrap upon their persons. Based in the dark forests of the north, they worship the great goddess of the hunt, Jägerin. No individual may lead or vote without first proving themselves worthy by killing their prey and making an offering to the huntress, upon which point they become bloodraised and may wear the red jeton (as opposed to the standard green) as a representation of their honour. The bloodraising ceremony, wherein a Jagdseele dips their green jeton in the blood of their kill, is considered sacred and a great privilege to witness.


Nordhaven is a travelling community who follow Pjentilån and Satama, the Skald and the Cook, bringing hospitality and safe haven to various locations in the North. During the warmer seasons, they travel through the North, gathering those in need of aid and spreading news, help, and good cheer. Over the winter, they return to their camp, with any who wish to join. All are welcome to join them at their fire, provided they obey the rules of hospitality.


The Vandrende Fa are a Nomadic group who spend time roaming the Northern lands. Comprising of a set of family groups that have come together for mutual support and protection, the group values those who seek to improve the state of those around them and also themselves. The group is willing to sit and share food and drink with others who share their values of family and coming together so that all may flourish.


Clan Khamyk is a collection of nomadic families who roam the eastern lands. They follow Zuiyud, a Goddess of dreams, omens and cunning, and revere the golden eagle as a holy messenger. Their trail is often marked by the dream catchers they leave to ward away the unholy creatures of nightmare that have plagued their clan since the fall of the dominion.


Monster hunters from the Black Forest in the east, slaying those that threaten the scattered survivors who dwell there. The bones of their enemies they use to increase their might, the spirits they send to Karash.


Founded during The Fall, The Farendal Ferrels are in search of allies to help retake their homeland From unholy forces. Suffering from untold losses, this hardy crew are no strangers to the evils of the world. As friendly as they are fierce this ragtag band are united together, as all are equal after The Fall no matter class or creed. Their defiant laughter rings out across the land as a warning to the unholy. Joy and merriment will not die while the Ferrals still stand straight. By Marab’s grace they stand, blade and tankard in hand.


The Kheshig of the Silver Wind search for the words of the gods in the movement of the wind. They have roamed the grass seas of the east, in search of fires, trees and the Unholy looking for the stir of the god’s power. Flexible as the trees, mercurial as fire and laughing in the face of death, the Kheshig Möngönii Salkhi are ever watchful, constantly moving and willing to attempt any feat to hear the word of the gods again 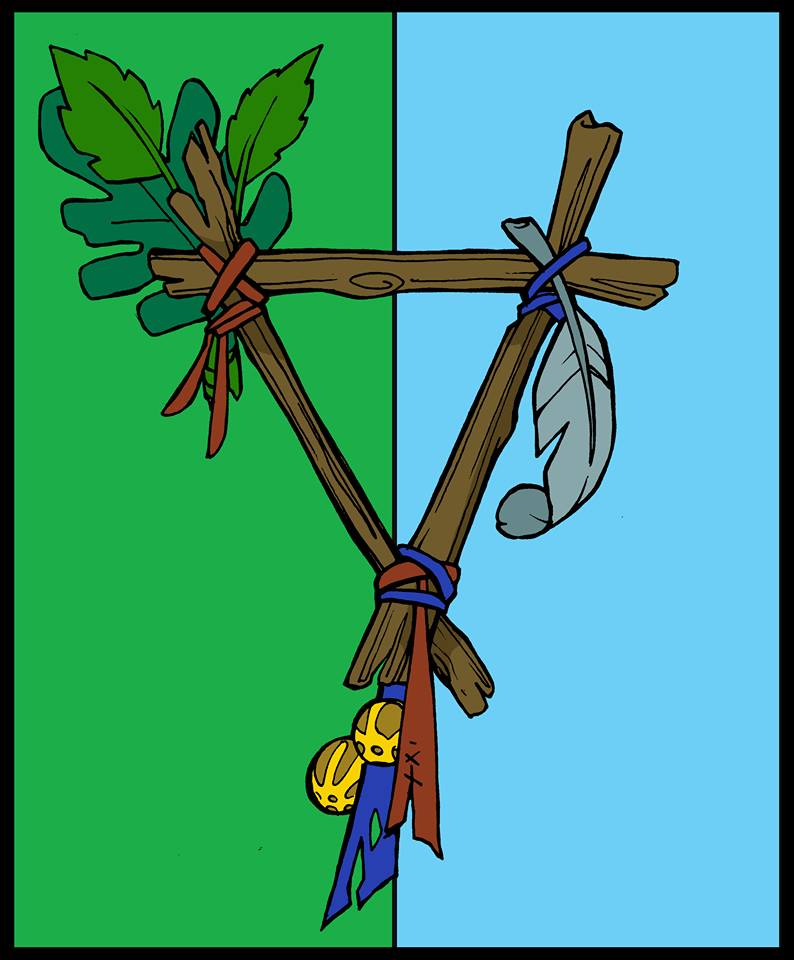 We were the balance keepers once, along the edge of a great forest.

But when the unholy swept across the world it was another story. It did not take them long to find our clan. They waited in ambush for our wardens when they traversed the edges of the treeline keeping balance in check. They waited and reaped a bloody toll.

Those who remain today are the last survivors of the clan, drawn from their hold outs to the Iris of the gods in the hope that they can rebuild what they once had.


Kanreth’s Aegis was the first legion and Imperial Guard of the old dominion. When the fall came, they suffered greatly at the hands of the unholy. Now their descendants struggle to survive in the ruins of an old fortress deep in the south. They strive to reclaim their old lands and rebuild the old dominion one step at a time.


When the Dominion came, we barely noticed but they noticed the young heroes of the People who would leave to find their fortunes amongst the Dominion. Names were made and tales were told, and those heroes did the right thing across the land.

When the Dominion shattered, we barely noticed. They simply stopped coming, and the heroes that came home told us of broken cities, a battered people.

But we did notice when the Unholy came. So we sent forth from our lands, from our forests and our mountains and our caves, and we sought a way to help, both ourselves and the people of the land.


The Chalice Bearers are known for an obsession with death and an obsession with morality. Clad in the colours of dusk, they are deadly both in actions and words. However, they are also known for their hospitality and delight in exchanging stories, as well as offering mediation in disputes. They take anyone willing to renounce previous connections and titles.

Families of the Western Sands


The Families of the Western Sands are the remains of a number of great trader and pious warrior families who live and travel the deserts of the west. Strangers will always find a seat at the table and be offered bread, salt and water as hospitality. Friends will find greater luxuries awaiting them at the table whilst stories are told, knowledge shared and the gods praised.


House of a Thousand Eyes


A ‘family’ of artisans who are often seen making textiles, songs, stories or alchemy. Followers of The Curator, they find pleasure in beauty and are happy to talk to all people. Traders of all things and keepers of a level head where needed.


Nomadic traders who hold horses as sacred animals, and incorporate trappings of horses in clothing and tattoos. Some of the truly blessed among us even have bloodline elements relating us to the winged horse messengers of our god. We have a caravan settlement and move where the winds take us. Our warband itself is a trading tea house selling all manner of looted and tradeable goods. We believe in providing a safe and friendly space for others to hold meetings and come and trade with. We can fight if we have to, but will always exhaust all other options before resorting to violence. 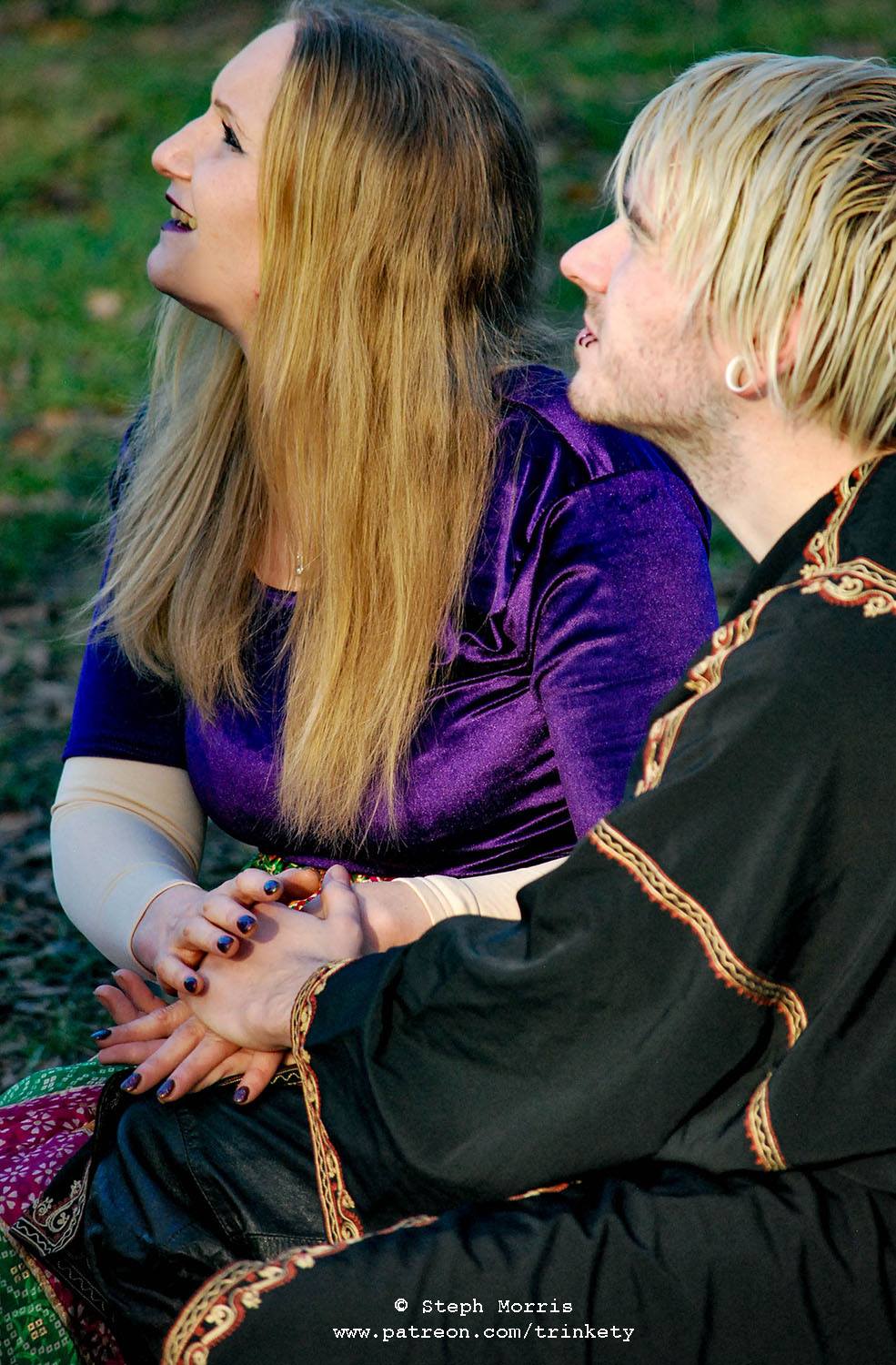 The Bali Ann are a small warband that have been roving the West avoiding the Flayed but plagued by terrible fortune.

Ivy’s Raiders are a ragtag roving community that have roots in an old southern auxiliary unit.

Little is known about this group at this time


Refugees of the Iris 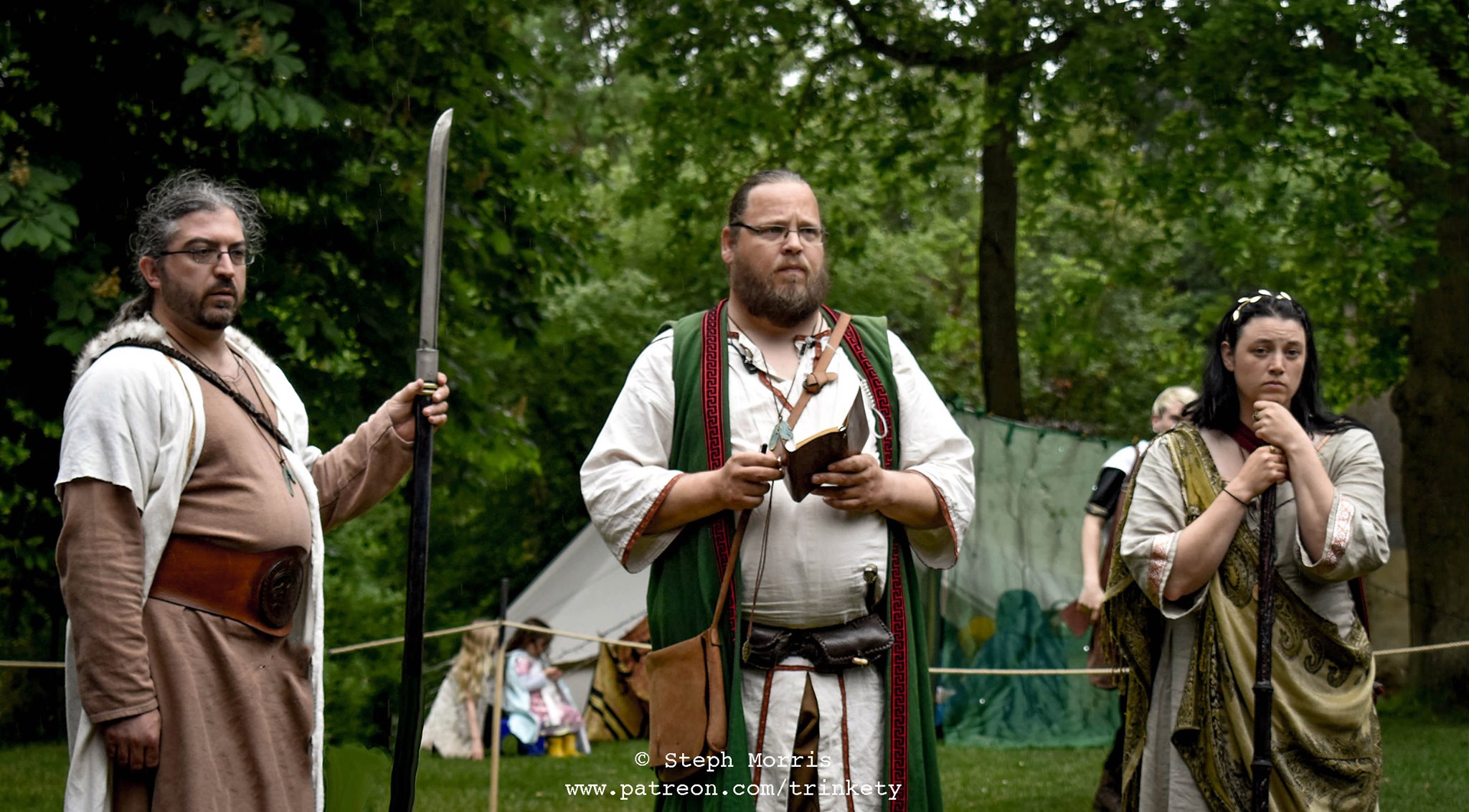 Characters may leave this group to join or form their own war band at any time.


The elves of the New Moon tribe operate in the shadows, passing from dark corner to dark corner like whispers in the night.
A mysterious group who exist to most people as nothing more than a legend told around a dying campfire.


A mixed and varied band of individuals, united in their belief in the Great Recycler, travelling and scavenging for goods to repair, remake and re-use. They have no fixed home, but will provide shelter for those that need it in their travels.